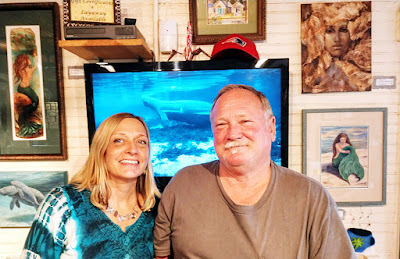 We are proud to represent many of the talented local artists from Citrus County and nearby.

The business will soon celebrate its 8th anniversary in March.

The gallery is nestled in the two yellow cottages just behind Heritage House. There is a wonderfully diverse and amazing collection of artists represented. Come and be inspired by
recycled sculpture, manatee art in many forms, award-winning wood-turning, blown glass, historic processed photography, original paintings, prints, jewelry, art cards, and much more, all by our own. The gallery also sells art supplies, children's books, conducts events, classes and workshops. Every week artists bring in their latest creations so the collection is always changing. Visit us soon and discover this gem for yourself! 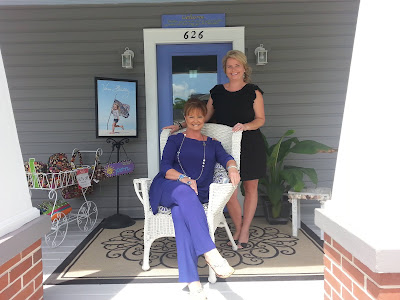 Dianna Brim-Jones and Betsy Brim
Owners of The Cotton Club


Dianna and her daughter, Betsy are the proud owners of The Cotton Club in Crystal River, Florida. The mother and daughter team is a perfect balance to the buying and display for The Cotton Club. Attention is given to the smallest detail to assure fine quality clothing and accessories at a price for everyone.

Dianna comes with an extensive background in merchandising and display, while Betsy has a degree in illustration and has brought her love of tropical colors to the hand-painted items in the store. Together they have designed and merchandised their location of The Cotton Club at 626 North Citrus Avenue, Crystal River.

Having been in business for over 30 years, they have the pulse of the industry and continue to offer something for everyone including Brighton Accessories, a fantastic line of jewelry and accessories and a great selection of shoes. The nice selection of great gift items is nicely priced to purchase for friends, family and you!

Dianna and Betsy truly appreciate the constant support of their customers and offer the best in quality merchandise and customer support. 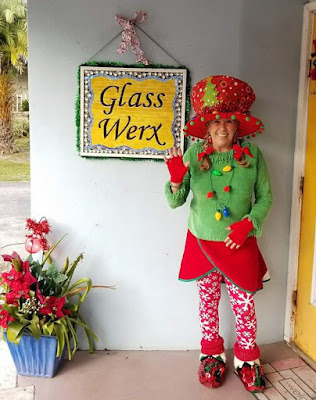 Born in Miami, Debra Hawthorne is a true native of Florida who loves the outdoors, especially when it comes to water-related activities. She relocated to Crystal River from Jupiter, Florida in 2012 in order to pursue her active lifestyle of fishing, diving, and to establish a stained glass studio with an emphasis on teaching others how to create art in glass.

GlassWerx was launched in 2013 in the heart of downtown district on Citrus Avenue. This full service studio offers classes in stained glass, fusing, and mosaics along with custom stained glass windows and repairs, supplies for the home hobbyists, and features a glass gallery with handcrafted glass art for sale.

February of 2020 will mark 7 years in business and Debra welcomes you to stop in to say hello and allow her to share her "GlassWerx" with you! 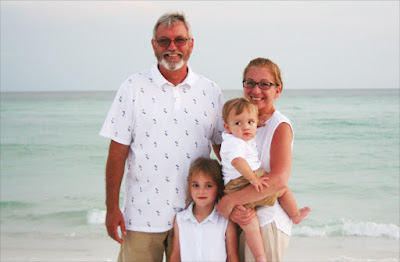 John and Debbie are excited as the new owners of Hammer & Stain of Crystal River.

Citrus County has always been a vacation destination for John, Debbie, and family. For over 30 years in Citrus County was either a spring break or summer vacation trip to visit family. John and Debbie moved to Citrus County a few years ago and owning Hammer & Stain provided them to combine Debbie’s passion for home décor and crafting and John’s desire to get back into woodworking.

They have been married for 32 years, have 5 children and 2 grandchildren.

John and Debbie are grateful for all the support they have received since starting this new venture! 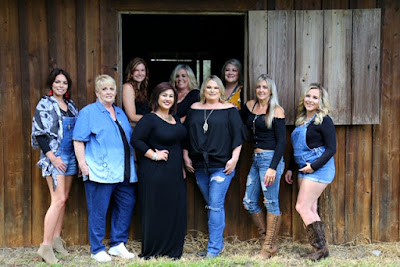 Cameron has 18 years experience in doing hair and opened Southern Roots Salon 4 years ago. She is a family person and loves to work behind the chair and being creative. She also has the best work family anyone could ever ask for which she has eight stylists and one nail technician, Theresa. Pat, Dylan, Rachel, Kody, Heather, Katie, and Kristi who all have been doing hair from 1 year to over 40 years! Each and every one of these ladies bring a unique creative touch to the salon. Cameron always says that we are a puzzle and somehow each of us fit together completing the SRS team! 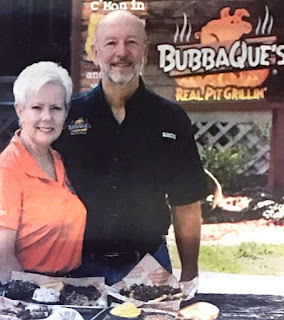 Steve and Debbie Ervin
Owners of BubbaQue's of Crystal River

Steve and Debbie are excited to have joined the Heritage Village Community.

Married 15 years, Steve and Deb have always shared the passion for cooking and entertaining friends, along with the desire to open their own restaurant.

Having vacationed in Crystal River many times to enjoy their love of fishing and boating, the Ervins fell in love with the old Florida, down home, friendly atmosphere of Crystal River. So, five years ago they relocated to this area. It soon became apparent that Crystal River would be the perfect place to fulfill their dream! What better place to open a friendly, family style restaurant to gather with family and friends! BubbaQue's seemed like the perfect fit!

Steve and Deb would like to take this opportunity to thank everyone for the warm welcome and outstanding support that they have received while beginning this new chapter. 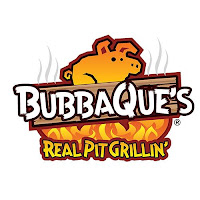 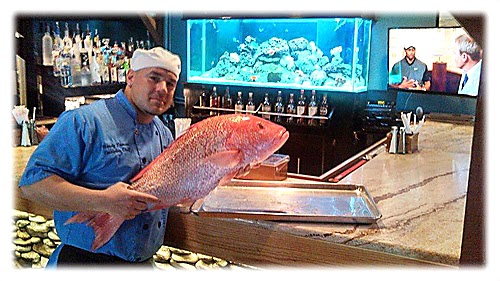 
In March 2013, Mike Dias, who has had a successful career in the food and beverage/hospitality industry, decided it was time to take all the knowledge and ideas he had gathered over the years into action by opening up his own restaurant. Dias partnered with Timothy Nee and Jennifer Tellier to open The Mullet Hole Tavern.

Dias knew he wanted to be in the downtown Crystal River area so it was a perfect fit to place the restaurant in the old Livery Stable located in Heritage Village. The location was previously home to Café on the Avenue.


Mike, Tim and Jennifer had concepts and ideas but what they needed was an Executive Chef and they knew exactly who they wanted - Chef Randy Fixman who, among other places, was previously at the Plantation. Mike knew Randy would have the same desire to bring fresh, local seafood and unique dishes to the people of Citrus County.


After some renovations and upgrades The Mullet Hole Tavern was officially open for business on July 1. Mike and the crew have decorated the Tavern with nostalgic photographs of Crystal River's history. Local artist Ryan Jenkins created an array of copper fish sculptures for the restaurant including a large copper mullet which adorns a waterfall wall in the center of the restaurant.
Open for lunch and dinner Monday through Saturday The Mullet Hole Tavern features fresh, local seafood. Executive Chef Randy Fixman prides himself on only using local produce and fresh just-caught seafood. Chances are the entrée on your plate was caught within the past 24 hours by a local fishing outfit.   Upscale ambiance, amazing food, relaxing music and five-star service will complete your experience at The Mullet Hole Tavern.
Come as you are for lunch or dinner, but reservations on the weekend are strongly recommended.
The Mullet Hole Tavern
631 N. Citrus Avenue
352.564.0902
www.themullethole.com
Like us on Facebook
www.facebook.com/TheMulletHole
Posted by Laura Lou at 7:45 PM 3 comments:

Email ThisBlogThis!Share to TwitterShare to FacebookShare to Pinterest
Labels: In the Spotlight
Older Posts Home
Subscribe to: Posts (Atom)